BÁT-GRILL Kft. has been operating for a generation. In 25 years, since the first day of operation, our company has grown to become a major stakeholder in the Hungarian poultry market.

Quality, precision and reliability - Bát-Grill Kft. is characterised by stability and planned, rapid development. Thanks to our transparent and controllable operations, our satisfied partners and contractors, our production capacity grows steadily and proportionally year after year. Premium Gold poultry fed with Revolution Nutrition's proprietary formula is a sought-after material in the kitchens of health-conscious Hungarian families thanks to their outstanding quality.

Ferenc Neidhardt, our company's production director, approached József Jordán in January 1994 to save the plant, which was on the verge of closure, building on the enthusiastic and willing workers of the former poultry processing plant in Bátaszek. It took a year of careful planning to develop the idea. Together with Sándor Szekeres, a food industry engineer, they founded Bát-Grill Kft. in May 1995. A year later, András Jordán joined the team and the management of the company that is still in operation today was formed.

Five hundred chickens were processed on the first day of excitement and experience, today, four thousand an hour. In the 25 years between, the company hasn't given up any of its principles. Since then, our company has always focused on steady, balanced growth, made possible by the increasing demand and revenue. The old processing plant, which had become obsolete over time, was soon outgrown and a new site had to be built to ensure long-term growth. Our first major investment was the purchase of the former bread factory in Bátaszék in 1997. Thanks to determination and hard work, the slaughtering of 6,888 chickens was carried out here - two livestock trailers with 3,444 chickens were brought into the plant every day.

The company still operates here today, but thanks to consistent improvements, you can hardly recognise the headquarters from just over two decades ago. From the turn of the millennium and the early 2000s, we obtained an HU301 export permit and implemented an ISO 9001:2000 quality management system. At the same time, we started to build up our own fleet of vehicles, which gave us more freedom than ever before. Since 2008 we have been ISO 22000:2005 certified and since 2012 we also have a halal slaughter licence.

In the spring of 2020, we completed a complex investment, modernisation and capacity expansion of historic proportions, enabling us to process 4,000 chickens per hour. In line with the company's philosophy, further improvements are underway, such as increasing environmental efficiency, installing a solar panel system and building a cold store to increase the current cooling capacity.

The year 2007 was a turning point in the life of Bát-Grill, as after years of research and testing, Revolution Nutrition was born. Thanks to the unique feed recipe, the Premium Gold chickens are not only healthier, but according to our customers' feedback also have a distinctive homemade colour and flavour. This is an important pillar of our closed, fully controlled supply system, as the feed on which the pioneering, unique recipe is based is also produced by our partners. The conscious decision behind the creation of Revolution Nutrition was to make Premium Gold chicken unique and recognisable. This makes it easier for those looking for quality from Bátaszék to identify and distinguish Premium Gold chickens from other products in the shops. This has now become a trademark of the company. According to customer feedback, the Premium Gold chickens are more tender, tastier and have a colour that evokes the flavour of home cooking.

The management and ownership of Bát-Grill Kft. is based on proven human relations, a harmony that has been well established over the past 25 years. The management team is consciously working on preparing the transfer of key positions of the company to the younger generation. As part of this process, our candidates work in several positions, learning the company's operations from processing to warehousing and delivery.

As part of this process, our candidates work in several positions, learning the company's operations from processing to warehousing and delivery. We involve the future managers in the day-to-day tasks, so they get to know their work and their principles - which, incidentally, they have been exposed to for many years within their families. And in the process, they bring a whole new dynamic to the company.

The age differences are counterbalanced by a young, open-minded and entrepreneurial management team, and the new generation is the key to ensuring that Bát-Grill Kft. remains a decisive factor in the 21st century, and will continue to provide the same values in the future as it has always done: quality, precision and reliability.


A glimpse into our everyday lives 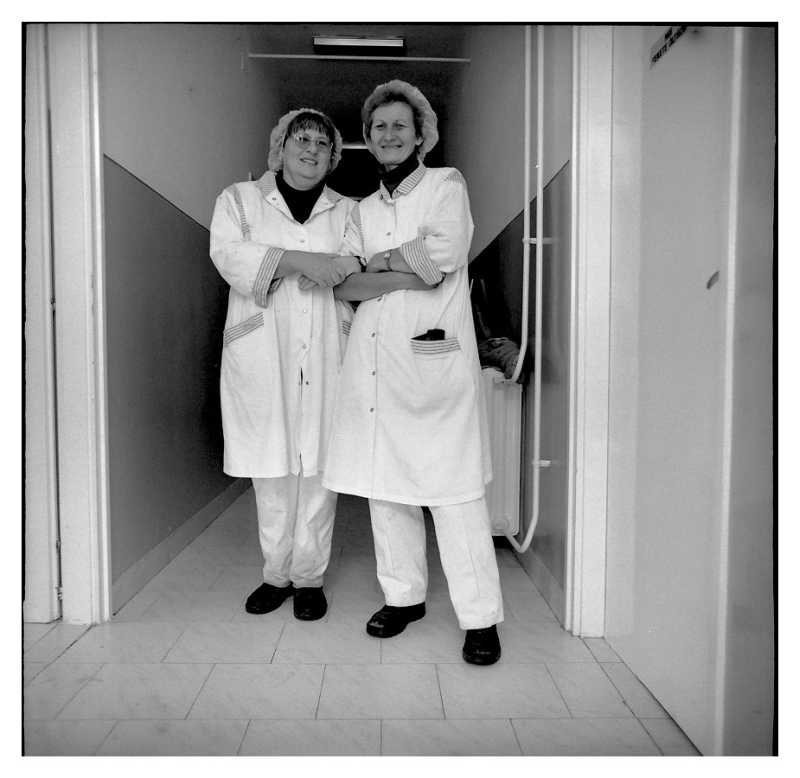 Photos from the past by Nanoq Nakokrii